The Maroldsweisach Village: Origin of The Hecht Dynasty

The Hecht dynasty has originated from a small village, which was founded in the year 1555; The village is located in Lower Franconia in the state of Bavaria (Bayren). On the map (see Map) it marked by an arrow. Today the village is part of the Marktgemeinde Maroldsweisach local council, in the Landkries Hassberge district, which is one of Bavaria’s eight districts: 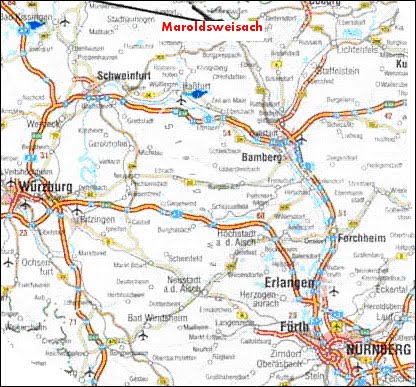 The settlement of Jews in the village started in 1720 (see figure below). In this year only two Jewish families lived in the village. Twenty years later, in their number has grown to 40, but then the numbers have grown smaller and in 1800 there were only 14 families left.

Distribution of the number of Jews in the Maroldsweisach (by year):

The name Anschel Itzik (born 1762), father of the Hecht family (and for our purposes may be viewed as a “key ancestor” or family “patriarch”) is mentioned for the first time in an official document (registration of an official family name) of a resident of the village in 1790. The Hecht family must have been one of the fourteen families who lived in the village in the year 1800. 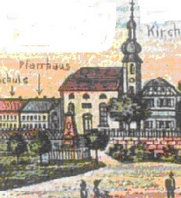 From 1813 on, data is available which refers also to individuals (and not just to families), whose numbers has reached 97 that year. The highest number of Jews, according to the data recorded in 1841 was 132. This number has started to decrease in the following years and in 1900 it was down to 33 people. In 1922 Samuel (Sally) Ben Yacov, fourth generation descendant of the Hecht family has left the village and gone to Mainz, after being appointed as teacher in the Jewish teacher seminary in Wurzburg, the district capital of the region. 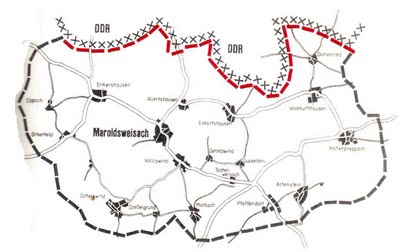 By 1939 no more Jews were left in the village. The last official reference is an announcement of the burial of a Jew, resident of the adjacent village, in the cemetery where nine Hecht family members are buried. Since the end of World War Two and until 1989, the East German border runs in the close vicinity of the village (see map of the region), the red line indicating the border are located north of the village.