The year 1762 is the year in which Itzik Anschel from the Maroldsweisach village was born. His birth certificate was issued in 11.10.1790 in Wurzburg, district capital of Lower Franconia. 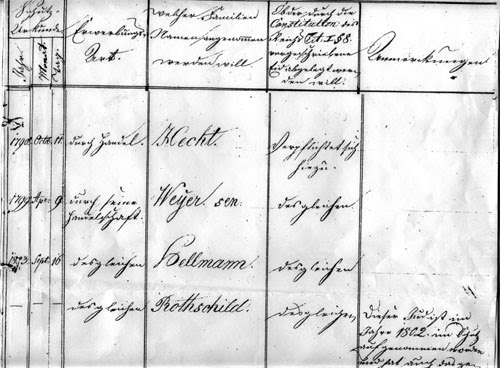 The document refers to the registration of the official family name Hecht (see footnote no.12). The handwritten document specifies, that on the day it was issued applicant was 55 years old, and that he had in his possession a “letter of protection” allowing him to live in the village. This privilege was exclusively awarded to the applicant’s family (his wife Rikel and his two sons and two daughters. No further details were specified. The original document (dated 1790) is archived in Wurzburg (see photo of the original document and its |English translation below). 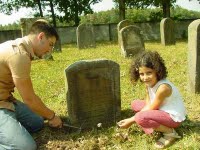